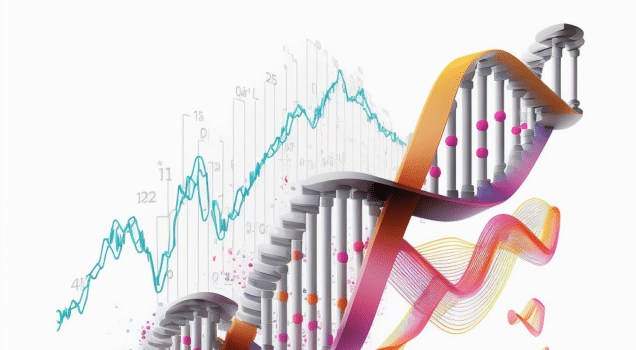 When I submitted their DNA, I chose not to state any breed at all because I wanted to see, based on their DNA alone, what they would be classified as. This is because their grandfather is a German Shepherd and thus they consist also of ​​German Shepherd DNA. As I had suspected, they came back as 100% White Shepherd! How does that happen, you might wonder? It’s likely that German Shepherds and White Shepherds are still so closely related that it’s hard to tell their DNA apart, and when it’s mixed, it’s basically impossible.

I had a hope that this combination would have a lower average than the breed at large when it comes to genetic inbreeding and it has. Their average COI is 24.1% and for the breed as a whole it is currently around 28%. Both 24.1% and 28% are very high, but I’m still satisfied that I went in the right direction, i.e it went down. The distribution is 20, 22, 23, 25, 26, 26 and 27%. Once again, DNA shows how different genes are inherited in a litter and how imprecise our old system of pedigree-based inbreeding calculations is.

As soon as they have moved to their new owners, each owner will get access to their dog’s own Embark account and hopefully follow up by answering an annual health survey. In this way, we contribute together to the ongoing research on the health and well-being of our domestic dogs! Should any of these dogs become ill, the owners can share their DNA test with the vet and thus perhaps help to exclude what illness it has.

Some new photos and information
22 June 2022